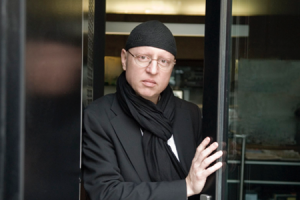 “Ravishing clear and perceptive. He plays with youthful vigor and complete precision. He had the enraptured audience in the palm of his hand.” Frankfurter Allgemeine Zeitung

Since winning First Prize in the 1988 International Bösendorfer Competition in Austria, Stefan Arnold has established himself as one of the most gifted pianists of his generation. In addition to performances with major European Orchestras, he has made guest appearances at Internationale Mozartwoche of Salzburg, the Mozartfest of Würzburg, Klaviersommer Bonn, the Bologna-Festival, the Rossini-Festival of Pesaro , the Art & Music Festival of Junsele, the Royal Palace Festival of Stockholm, the Vendsyssel-Festival, the Festival “Octobre Musical Carthage” and the St. Pauls Festival of New York .

Stefan Arnold has performed in many of the world’s major concert halls such as the Tonhalle in Zürich, the Philharmonie in Berlin, the Gasteig in Munich, the Festspielhaus in Salzburg, the Musikverein and Konzerthaus in Vienna, the Tivoli in Copenhagen, the Palacio de las Bellas Artes in Mexico-City, the Teatro Opera in Buenos Aires, Suntory-Hall and Bunko Kaikan in Tokyo and Symphony-Hall in Osaka.

Stefan Arnold has made recordings on the Harmonia Mundi and Ambitus labels. Since he became an exclusive Ambitus artist, this collaboration has produced eleven recordings with works by Liszt, Brahms, Schubert, Beethoven, Mozart, Schumann, Debussy, Berg and Schoenberg, including Mozart’s Piano Concertos Nos. 12 and 14.

2004 Arnold was appointed professor for piano at the Universität für Musik und darstellende Kunst, Wien. 2015 he additionelly got a professorship at Hochschule Hanns Eisler, Berlin.